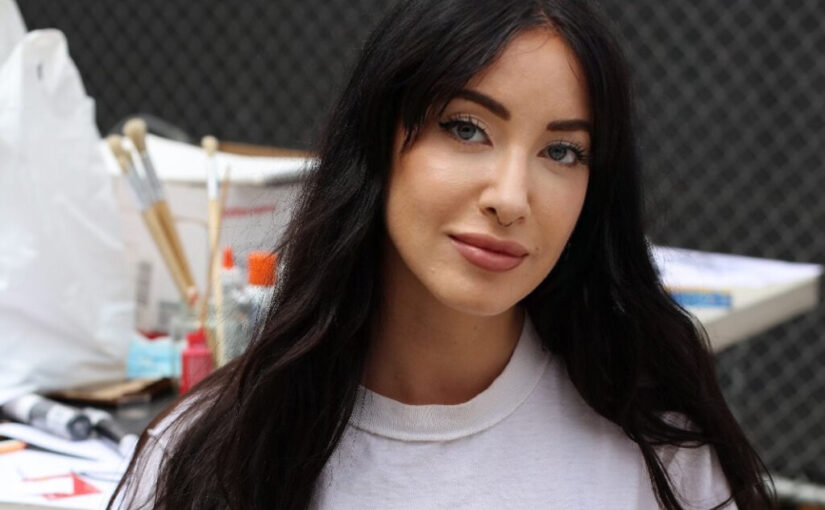 Camilla Lonis lives in Los Angeles where she works for graffiti artist, Shepard Fairey. She designs for the OBEY Clothing fashion brand, and is the design director of Studio Number One. Camilla talked to Klaartje Til about her life in Los Angeles and explains why she loves Los Angeles so much.

Camilla how did you end up in Los Angeles?
After I graduated from art school in Rotterdam, I worked for several years as a freelance designer in the Netherlands. At some point I started receiving more and more assignments from agencies abroad; especially from agencies in New York, San Francisco and Los Angeles. So I decided to visit those cities. I assumed that I wouldn’t find LA that exciting. But once I got there, I quickly changed my mind.

Why did you assume that Los Angeles wouldn’t be so exciting?
San Francisco seemed more interesting to me. There is a hippie culture, the people are more relaxed, there is beautiful nature. I had a certain image of LA, a flat city with a lot of palm trees, hot weather and people with attitude. But that wasn’t the case at all. However, it is true that LA is a city where you need a car. It’s hard to get anywhere without a car or driving license. As soon as I drove through LA, the way I thought about the city changed. It’s not one city but thirty towns that form Los Angeles. That was a surprise to me.

What made you stay in Los Angeles?
Art and my work as designer. A few months after I moved to Los Angeles I met Shepard Fairey by accident. He is a successful American street artist. He hired me to work as design director for his art gallery, Subliminal.

Shepard Fairey is a big name in the contemporary art scene. How was it to be hired by him to work for him?
It felt bizarre. I read about him in art books when I was still at art school. I admired him enormously and a few years later I was sitting at the table with him. In no time I started to work for him. Shepard is the creative director of Obey Giant and Subliminal, and I work directly for him. I am often called to help choose between one design or another, for a poster he is working on. He always looks and listens very carefully to what is happening around him. He is open to other opinions and his art has a positive influence. That inspires me.

You also design for OBEY Clothing. What is the typical LA look?
That depends very much on the neighbourhood. In Echo Park people dress super casual: vintage jeans of good quality, but old, with a clean T-shirt, blank with a single, small graphic design. Don’t try too hard, that’s not cool. Actually, you can’t dress as “a LA person”. There are so many cultures so there isn’t one LA look.

And to which culture do you belong?
In everyday life I work in Echo Park. I am an artist and I listen to punk and metal music. Street art influences my work. But I also go out in Beverly Hills and then I wear fancy clothing. When I go to a party in West Hollywood I dress cooler. That’s what I like about this city, there are so many different cultures.

You work in the design world. Is design important in Los Angeles?
Design and art is important for the city. There is much to see, so much to do. A lot of museums have free entrance. The art scene is young. Graffiti art is important, very visible and an important form of expression in LA. If you look at Shepard Fairey’s work, you’ll notice that he has made countless murals. They often became a movement. Because I do a lot of graphic design for local projects at Studio Number One, I often see my posters, banners and murals in LA. At some point I became the creator of the LA culture. That’s a serious responsibility. It means that I have to create with respect for the people who are actually from here, the LA natives.

What is the biggest adjustment you had to make, when you arrived to live in LA?
I had to get used to the way people drive here. They drive like crazy and then there are also these eight-lane highways in the city. But if you love the city, you want to be in every neighbourhood, so then you have to drive. The city is a grid and I can get everywhere very quickly via the road network, no matter how far a location is. The highways are built in such a way that you are suddenly at your destination. Los Angeles is easy to access as long as you have a car. And as long as you drive outside the rush hour (laughs).