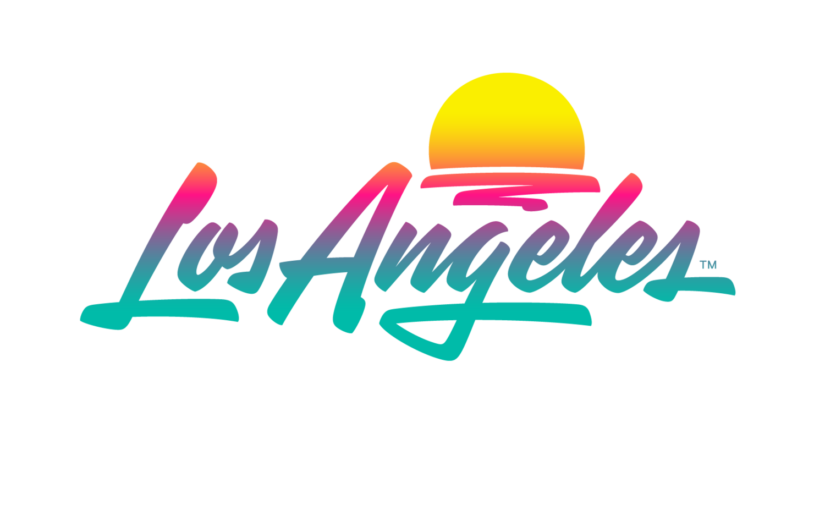 When I think of Los Angeles, I think of the movies, Hollywood and showbiz. After my interview with Camilla Lonis I now have a very different picture of Los Angeles. Camilla Lonis has lived in Los Angeles for several years. She works in LA, in an art gallery called Subliminal, owned by the graphic artist, Shepard Fairey, she designs for the OBEY Clothing brand and is also Studio Number One’s, design director. Camilla’s keyword for Los Angeles is culture. Car culture, tattoo culture, street culture, music culture, imported culture; those palm trees were not originally part of the LA street scene. In this article Camilla explains what makes Los Angeles so special.

Los Angeles makes me think of glitz, glamour, Hollywood, showbiz and celebrities. Is that really the case?
If you live here, it is almost impossible not to meet famous people. The glitzy glamour Hollywood Hills lifestyle is definitely Los Angeles. LA has many neighbourhoods and they all are different. Together they form Los Angeles. Echo Park and Silver Lake, for example, are areas where you see people walking down the street, dressed entirely in ‘70s outfits. That is their daily outfit. If you drive a little further, you would arrive in a neighbourhood with a lot of Mexican culture.

What else do you notice about the influence of Mexico in Los Angeles?
LA is close to the Mexican border, you’ll be in Mexico in no time, it is a beautiful country. The Mexican border is also a place where people who try to enter the USA illegally, are arrested and detained in prison. However, LA has programs that help people who are illegal here. They have no papers, no social security number, but they can get health care. They can also, for example, get their driver’s licence here in LA.

Where do you think this solidarity comes from?
People with a Mexican background are the majority of the population in LA. If the city is not supportive of them, it will malfunction.

What is the reputation of Los Angeles both in and outside of California?
A city where everyone is dressed in yoga outfits and everyone has star power. Everyone is super arrogant and there is zero culture. People who are here on holiday visit the famous sights. They go to Hollywood Boulevard to visit the Walk of Fame, where there are also a lot of tramps. They see the big contrast between rich and poor. That can be confronting. They visit Beverly Hills and see excessive luxury and visit Rodeo Drive with its intense brand presence. However, these are not the things that make LA.

And what makes LA? How can I find out, if I visit Los Angeles?
You have to go all the way down Sunset Boulevard. It’s a very long street that runs through different neighbourhoods. You start at the beach and head for Hollywood. After you have passed the Hollywood Walk of Fame you’ll arrive in Los Feliz, which is a calmer neighbourhood. After Los Feliz, you enter the hipster areas Silver Lake, and Echo Park, and continue driving to get to downtown LA. If you drive on Sunset Boulevard, you will see all the areas that make up LA. I sometimes drive on that street just for fun because it’s beautiful. You should also visit East LA. It is the oldest part of Los Angeles with a lot of Mexican culture. South LA is very different too. It’s a vast area, not at all touristy and full of culture. Of course the beach is important in Los Angeles. I love Malibu with its beaches. It is also a great place for hiking.

A lot of rappers sing about Malibu beach don’t they?
You know, once you live here you discover that every part of LA is being rapped about (laughs).

Why is rap so big in LA?
Many famous rappers grew up here. Maybe it has to do with the LA gang culture. These gangs are  not just a few groups of people hanging around, having fun. They operate in their own way and there are certain rules for that. It’s a different way of growing up. It’s a bit rougher and perhaps you therefore feel more creativity and freedom, and the need to express yourself. In LA, that often happens with rap and graffiti.

Is Los Angeles a culinary city?
The food culture is very good, but you need to know where to go. There is an infinite number of  fantastic Mexican restaurants. Food trucks are an important part of the food culture here. On Friday and Saturday nights you see a lot of food trucks, sometimes even cocktail trucks, in streets where a lot of restaurants are located. Then you walk down the street and get a food-fill here, a taco there, and a cocktail from one of the trucks. It’s all very relaxed. But there are also extremes. LA has many super chic restaurants. They serve smaller portions and are beautifully decorated.

What do you call a typical LA person?
An Angelino and an Angelina. You have to have balls to be one. Whether you’re an LA native or you come to live here, you have to stand up. Of course, that’s in every big city. But this city is vaster, so you need to make yourself at home. If you don’t stand firmly you won’t find your way in LA. Even if you are born and raised here, you still have to fight for what you believe in. Angelinos and Angelinas have been through a lot, they are not afraid of anything. The atmosphere in LA is electric, there is so much to do and so much happening here.

It sounds electric, passionate, motivated and uninhibited.
People are definitely uninhibited. And if you want to achieve something in LA, you have to work really hard. There is a lot of competition. People come to LA from all over America and the rest of the world. It’s a mix of people who all want to make something of themselves. You have to be career focused and even then not everyone succeeds. Some people don’t make it.

How can you tell that someone is from LA?
By the respect for the culture that already exists here. It’s the way people treat each other here. I notice that people who have just arrived in LA, talk differently to tramps and the homeless. They have less respect for the fact that people could be armed. Angelinos and Angelinas respect the fact that there is a culture in which commanding respect is important. It results in very nuanced behaviour that people show to each other out of respect.