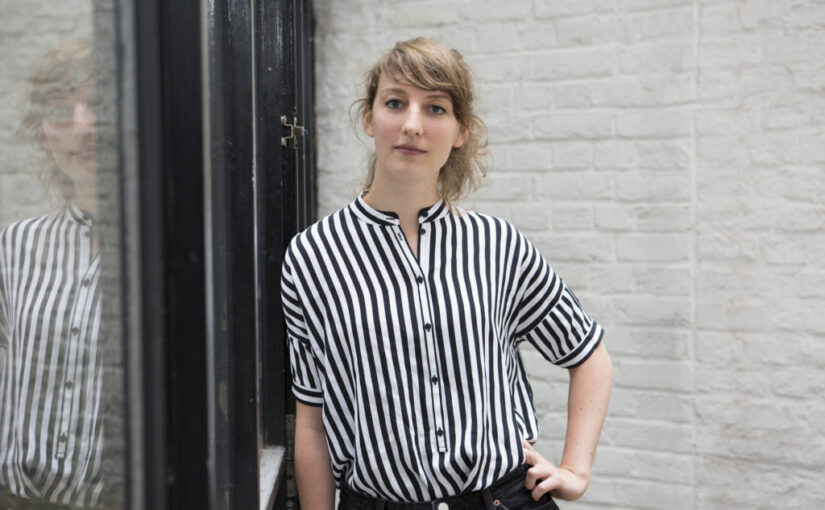 We live in a world in which we blend in more and more with the objects around us. Therefore, the need for methods to determine the soul of objects is growing. Why? Perhaps to guard our independence as human beings. Or perhaps to show empathy for the objects we design, produce or use. In her book, “Beseelte Dinge-Design aus Perspektive der Animismus”, the German designer and research scientist, Judith Dörrenbächer, explores methods to define the soul of objects. This is to recognise the blurring of boundaries between man and objects. Bert van der Zee talked with Judith Dörrenbächer about the role designers play, when it comes to border control.

Why are you so interested in techno-animism?
Today objects make many decisions for us. They are linked to other objects, they learn, they feel. They have abilities that previously only human beings had. On the other hand, objects are losing resistance because tangible boundaries are simply disappearing. It is not as obvious anymore where an object starts and our barrier ends, or vice versa. Objects adapt to our behaviour, they learn to meet our needs or the needs of companies. They also influence our behaviour without us noticing. Furthermore, these objects are interconnected. They are part of something bigger, a sort of ‘internet of things’. In a way, they form a new ecosystem.

What does animism have to do with this?
In this technological trend, we see characteristics of modern people enjoying communication with objects. Previously it was always thought that only indigenous peoples, enjoyed doing so. But today everybody talks to objects, and everybody waves at objects to interact with them. Modern people once distanced themselves from this behaviour by saying: “we are rational, we are adults, we don’t believe that objects have a soul.” On the one hand we think of ourselves as very modern, living in a high-tech society. On the other hand we behave pre-modern. That fascinates me. The future and the past merge. At the same time I realise that it is not easy for people to develop a sense of self, because the line between humans and technology, blurs. What was once a tangible counterpart, is now an intangible object. This phenomenon reminds me of something called “magical thinking” in animism theories. In Animism, magic and enchantment are intertwined.

Can you give an example of magical thinking?
I would like to refer to Jean Piaget, the Swiss psychologist. He describes the early development of children in which he states that young children are not able to make a distinction between themselves and the outside world. When children close their eyes they think the world disappears. Or they think the moon follows them as they walk around. Young children think that their thought and behaviour influences the outside world. They are aware to a limited extend of the dividing line between themselves and the world around them. Jean Piaget called this ‘magical thinking’. Today’s technology confirms this phenomenon in a new way. In the future we will be able to control the outside world with smart contact lenses by blinking a few times with your eyes. And when this type of brain-computer interaction become more commonplace, your groceries will be delivered, only by thinking about it. This kind of technology encourages magical thinking. But how can we monitor our sense of self in an environment in which technology adjusts easily to our needs? Perhaps we need a new form of resistance. We need to think about ways in which we can monitor the boundaries between ourselves and the outside world, between ourselves and the technology that surrounds us.

Border control by using resistance?
Yes, resistance is created for example in a system that is designed with errors on purpose. When common processes are disturbed, an object will react more as an opponent. The same applies to a more transparent system that shows what actually happens between the user and the system. Transparency shows that the interaction isn’t magic. Intentional mistakes and transparency form the resistance that creates distance between user and technology. This distance is clearly required to remain critical and self-conscious.

So resistance can be included in the design of a product?
You can experience resistance in experiments with physical interaction between man and object. This type of experiment focusses on imitating an object in order to consciously feel empathy for it. You will identify an object as something that is separate from yourself, because you can only feel empathy for something that is not yourself. It would be wonderful to redirect these findings to the world of technology. Perhaps it will help us to feel more empathy for the technology around us, and at the same time help us to keep our distance.

How do you see this in practice?
Well, there are two technological perspectives: the optimistic and the pessimistic. The pessimistic perspective says: ‘we lose our control because objects gain power over us. We are no longer subjects, but objects become subjects, help! The world turns upside down, and we become passive objects!’
The optimistic perspective assumes that technology helps us to become better persons, because we add something to ourselves. I am not interested in either one of the perspectives. I think we need borders between people and technology to maintain self-awareness. But instead of holding on to the old distinction between autonomous subject and passive object, I think we need to negotiate these boundaries to create new borderlines. I am very interested in experimental and artistic methods that will help negotiate yourself with the other thing. This keeps you aware of yourself and your ego.

Why is it important that people define themselves in relation to objects?
It is important to remain autonomous in our thought and withdraw from our surroundings. You can only feel responsibility if you feel who you are and feel that you have the ability to influence objects. That separates us from technology. We make ethical decision, not our smartphones. I find it interesting to see how we keep our sense of self and our human consciousness while everything around us seems so quasi-human. How will we monitor our boundaries? How will we design new boundaries? We have to move to a new concept of being human and to a new concept of an object, because both are changing.